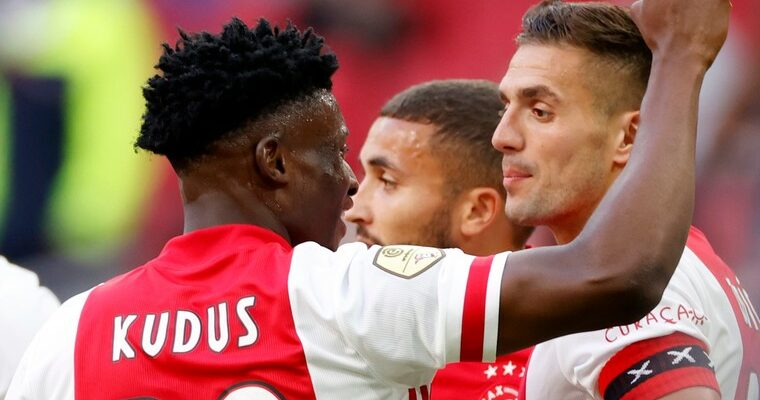 Everton will continue to pursue Mohammed Kudus regardless of losing out on him in the summer season.

Kudus looked predestined for the Premier League in the summer season, with reputable reporter Paul Joyce declaring that Everton were set to sign the Ajax child on loan.

However, with Ajax selling Antony towards completion of the window, the Dutch club might have had a change of mind, and they definitely won’t be regretting their choice to keep hold of the Ghanaian.

Kudus has actually had an exceptional start to the season in both the Eredivisie and Champions League, however Everton might return in for the opponent in January.

That’s according to the Express, who declare Everton still stay thinking about Kudus, however his current efficiencies might have priced them out of a relocation.

Kudus would have provided Everton a danger from either midfield or in attack – the primary danger being his goalscoring capability, with Everton having a hard time to discover the back of the internet this season.

If Everton can persuade Ajax to enable Kudus to leave in January, it will be an experience coup for the Merseyside club, however he’s a lot more associated with the Ajax side than last season, so it appears not likely that they’ll wish to offer him in the upcoming transfer window.