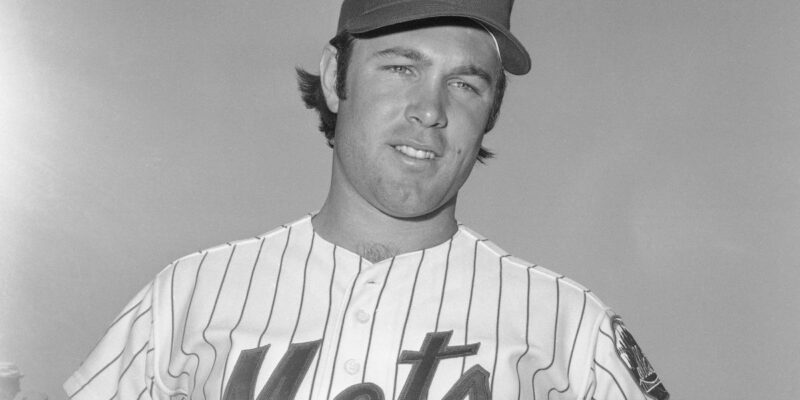 Despite his disease, Stearns went to the Aug. 28 Old Timers’ Day at Citi Field.

“No one played the game with more spirit or determination than John Stearns,” Mets president Sandy Alderson said in a release. “He literally willed himself to attend Old Timers’ Day last month so he could visit friends and old teammates. Despite his illness, he even managed to step into the batting cage to take a few swings.

“His nickname, ‘Bad Dude’ couldn’t have been more appropriate. A four-time All Star, John was one of the most complete catchers in Mets history. Our thoughts and prayers are with his friends and family.”

Stearns was a first-round draft pick by the Philadelphia Phillies in the 1973 MLB Draft, and the Mets acquired Stearns in a trade featuring Tug McGraw.

During his career, Stearns caught the likes of Tom Seaver, Jerry Koosman and Jon Matlock, among others.

“I’m so glad we had a chance to talk at Citi Field a few weeks ago,” stated colleague and supervisor Joe Torre. “No one played the game harder than John. He never came to the park in a bad mood. All he wanted to do was win. To be a four-time All-Star is something special.”

Added former teammate Lee Mazzilli: “I am sad. John was simply a delight to be around. He enjoyed the video game a lot. I was impressed when he went to the batting cage on Old Timers’ Day. That simply revealed you just how much of a rival he was.”