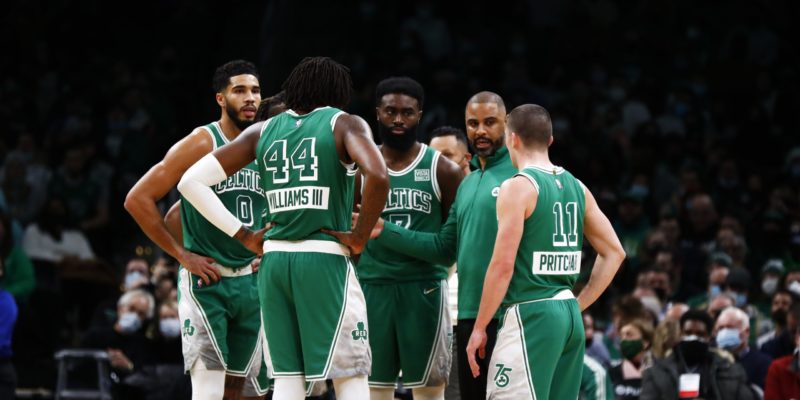 After the Boston Celtics practice today, head coach Ime Udoka dealt with the media and offered insights into the disorder of Jaylen Brown’s hamstring and Robert Williams III’s go back to the court given that Game 3 of their opening-round series versus the webs.

Entering the 2nd half of the Celtic’s Game 4 win over the Brooklyn Nets, Brown stated he was experiencing some hamstring issues while visibly getting at the back of his ideal leg in the 4th quarter, an injury that formerly sidelined him for 8 video games in November.

However, Udoka stayed unfaltering today that Brown and Robert Williams – who went through surgical treatment in March for a torn meniscus – are great. The first-year coach confessed that his Center’s conditioning isn’t back to playoff level shape as the Boston Globe’s Gary Washburn reports that the Celtics’ objective is to make use of practice to get the fourth-year center’s wind back.

Udoka stated RWilliams’ wind wasn’t there the last 2 video games, objective in practice is to get him back to finish shape. #Celtics

Less than 5 weeks gotten rid of from surgical treatment, Williams included that he has actually been pain-free given that going back to the court in Game 3. The next couple of days offer Williams and Brown with the essential rest to go back to complete strength as they look towards the winner of the Milwaukee Bucks and Chicago Bulls opening-round series for an Eastern Conference semifinals match.