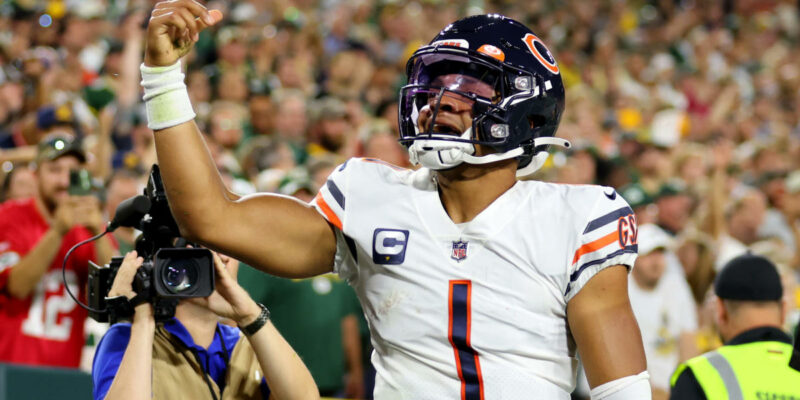 This is our online early morning newsletter, Bear Necessities. Subscribe to get the current Bears news provided to your mail box every day.

The Chicago Bears haven’t asked quarterback Justin Fields to do a lot in the very first 2 video games of the season.

Fields tried 18 passes in the season-opening win versus the San Francisco 49ers. But it wasn’t precisely unexpected offered the monsoon-like conditions at Soldier Field recently.

So heading into Sunday night’s video game versus the Green Bay Packers, the expectation is Fields would get to air it out a bit more.

That wasn’t the case in their 27-10 loss to the Packers, where Fields tossed the ball simply 11 times. He finished 7 of those for 70 lawns and an interception.

The Bears ran the ball 27 times and passed the ball 11 times, and it’s tough to question why Luke Getsy is reluctant to let Fields air it out.

“Luke (Getsy) said before the game that we were going to run it down their throats,” Fields stated after the video game. “…My job is to run the play that’s given to me the best that I can.”

While it took some time, the Bears definitely did simply that in the 2nd half. Chicago amounted to 180 lawns hurrying versus Green Bay with running back David Montgomery accounting for 122 lawns on 15 brings (8.1 average).

The run video game will continue to be the focus on offense for the Bears. But the hope is we’ll get to see Fields do a bit more in the death video game, particularly with men like Darnell Mooney and Cole Kmet practically unnoticeable through the very first 2 weeks.