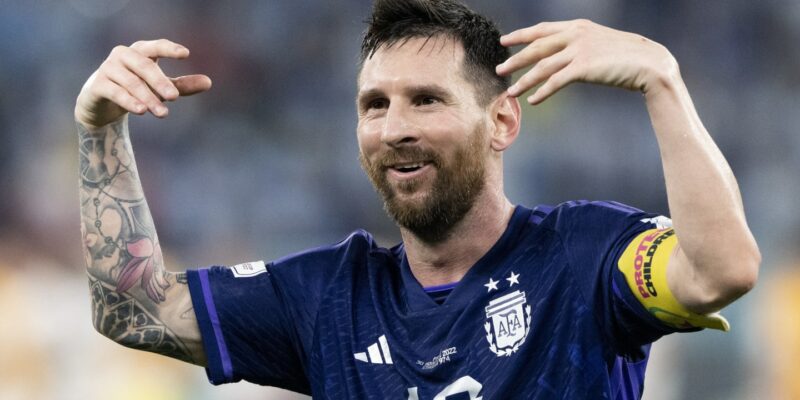 Argentina super star Lionel Messi has actually declared that his missed out on charge in Wednesday night’s crunch World Cup win over Poland wound up galvanising the group and was on course for success as quickly as Alexis Mac Allister broke the deadlock.

La Albiceleste, among the pre-tournament favourites, remained in threat of a shock group phase removal ahead of kick-off and had everything to bet versus Robert Lewandowski’s Poland.

When Lionel Scaloni’s group were granted a very first half charge and Messi stepped up, it looked as though it would be company as normal. The seven-time Ballon d’Or winner was aiming to score in a seventh successive Argentina look, something he had actually never ever done prior to. But Poland goalkeeper Wojciech Szczesny amounted to his spot-kick and with confidence palmed the ball away.

“Having missed the penalty, the team came out stronger from that,” Messi informed TyC Sports.

“The team was convinced that we were going to win, it was a matter of the first one coming in. Once we scored the goal, the game was going to be played the way we wanted.”

Neither Alvarez nor Enzo Fernandez, who helped the 2nd objective, had actually begun either of the very first 2 video games. Yet they was available in to make a vital effect. Mac Allister, on the other hand, hadn’t included in the opening defeat to Saudi Arabia, prior to beginning back-to-back wins.

Messi went on to applaud the ‘strength of this group’ that makes that possible.

“We said it from the beginning. The players who come in know what they have to do and are always fully prepared. It is the strength of this group, the union and that when a player has to, he responds,” the 35-year-old described.

With the group phase now over, Argentina will deal with an adventurous Australia side that certified from a really tough Group D ahead of Denmark. That video game will be used Saturday.

“We know it’s going to be very tough,” Messi examined.

Harry Symeou hosts Jack Gallagher and Toby Cudworth to review Germany ’06 as part of the ‘Our World Cup’ series. We travel down memory lane – join us!