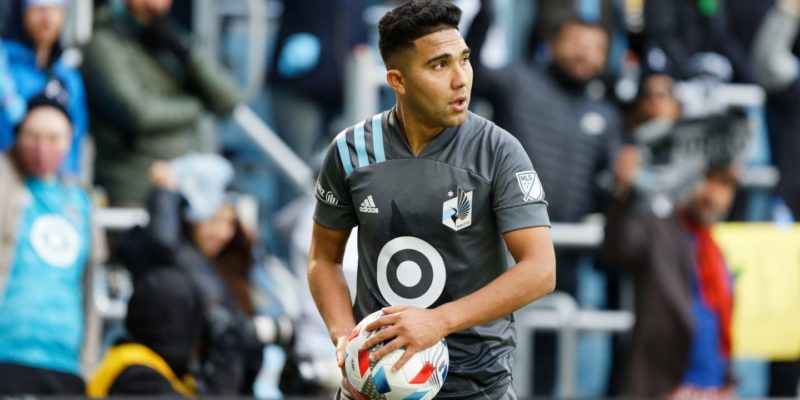 Minnesota United continued their current upturn in kind with a definite 3-0 win over the Chicago Fire on Saturday.

After a number of beats to the Seattle Sounders and Austin FC, Minnesota have actually now tasted success in each of their last 3 video games throughout all competitors, climbing up above the Playoff line and advancing in the United States Open Cup.

They needed to be client for this specific success, with the Fire restricting Adrian Heath’s guys throughout the very first half with another undaunted protective proving.

But the Loons showed too strong after the break with Emanuel Reynoso benefiting from some careless Fire dip into the back to open the scoring on 72 minutes.

Federico Navarro got a 2nd yellow card in the 77th minute and from there, it truly was one-way traffic – Kervin Arriaga and Robin Lod scored 2 objectives in fast succession to settle a fantastic afternoon for MNUFC at Allianz Field.

While Minnesota United after in the ascendency, Chicago are now winless in 5 throughout all competitors and require to discover an assaulting stimulate quick.

Here is how every gamer ranked on Saturday afternoon:

GK: Dayne St. Clair – 6/10 – Didn’t have much to do however kept his concentration well and made a couple of wise conserves.

CB: Michael Boxall – 7/10 – Dominant both in the air and on the ground, didn’t offer the Fire an appearance.

CB: Bakaye Dibassy – 7/10 – Just as strong as Boxall and showed a problem from set-pieces.

POUND: Kemar Lawrence – 7/10 – Did the task defensively and attempted to contribute in attack when he could.

CM: Wil Trapp – 7/10 – Shut down Chicago Fire attacks with some generally bullish play in midfield. Picked up another yellow card for his difficulties however did the grunt work well.

CM: Kervin Arriaga – 8/10 – Clean on the ball and assisted keep Shaqiri peaceful. Effectively ended up the video game with the Loons’ 2nd objective.

RW: Robin Lod – 6/10 – Uncharacteristically peaceful. Unable to beat Miguel Navarro throughout the afternoon, however had more happiness when he entered into the middle, scoring Minnesota’s 3rd objective.

CAMERA: Emanuel Reynoso – 9/10 – Had an objective eliminated for offside and struck the crossbar with an effective free-kick in the very first half. Truly came alive in the 2nd half and was rewarded with the winning objective, whipping Slonina in design prior to putting it on a cent for Arriaga to complete the video game.

LW: Franco Fragapane – 5/10 – Still does not look 100% however logged some better minutes.

ST: Luis Amarilla – 6/10 – Had a difficult time up versus those Fire center-backs however fought well and handled to bring Reynoso into play.

SUB: Abu Danladi (62′ for Fragapane) – 6/10 – Added some energy and dynamism to the Minnesota attack.

SUB: Bongokuhle Hlongwane (62′ for Amarilla) – 8/10 – Did well to await the best minute when helping Reynoso’s opener and established Lod for the 3rd.

GK: Gabriel Slonina – 6/10 – Made some huge conserves however had a couple of irregular minutes pertaining to declare the ball. Perhaps might have gone long in the accumulation to the opening objective however might not do anything about the other 2.

RB: Boris Sekulic – 7/10 – Barely got forward however finished a mountain of protective work.

CB: Wyatt Omsberg – 4/10 – Was having a fantastic afternoon up until his free gift resulted in Reynoso’s winner. It was the one minute where Omsberg didn’t keep things wonderfully easy and his efficiency went downhill from there.

CB: Rafael Czichos – 5/10 – Made some important blocks and interceptions however got overloaded after the red card.

POUND: Miguel Navarro – 7/10 – More than held his own versus the hazardous Lod and cannot be blamed for the objective.

CM: Federico Navarro – 4/10 – Brought the battle in the midfield and attempted to get the ball moving on when he won it back. Unfortunately combated a little too difficult and got himself dispatched after a 2nd yellow card for a nasty on Lod towards completion.

CM: Gaston Gimenez – 6/10 – About as near an imaginative outlet as the Fire had. Used the ball well whether he was choosing passes or driving it forward himself. Needed more aid from his colleagues. Lost Arriaga on the 2nd objective.

RW: Stanislav Ivanov – 4/10 – Barely evaluated the Minnesota defense at all. A guest up until he was subbed out towards completion.

CAMERA: Xherdan Shaqiri – 4/10 – Always seemed favorable with the ball however simply could not discover his mark. Not Shaqiri’s afternoon, however clocked some essential minutes as he works back to complete physical fitness.

LW: Brian Gutierrez – 5/10 – A number of good touches however looked unpleasant out on the wing.

SUB: Jonathan Bornstein (63′ for Gutierrez) – 3/10 – Sloppy on the ball and was a simple target for Minnesota United’s forwards.

An NFL draft Day 2 for the ages