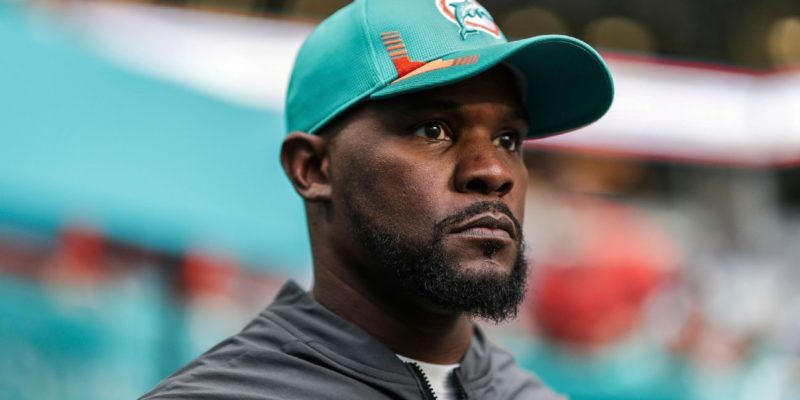 In a court filing Thursday, the NFL revealed an objective to submit a movement to force previous Miami Dolphins head coach Brian Flores’ claim versus the league and numerous of its groups declaring racial discrimination into arbitration.

Flores’ lawyers pressed back on NFL’s meant relocation, stating it gets rid of much-needed openness in the event.

“We have said from the start that if the NFL wants to create change, the first step is to allow for transparency,” stated Douglas H. Wigdor of Wigdor LLP and John Elefterakis of EEP Law in a declaration. “The NFL’s attempt to force these claims into arbitration demonstrates an unmistakable desire to avoid any public accountability and ensure that these claims are litigated behind closed doors in a forum stacked against our clients.

“We will combat this demand in court, however Mr. Goodell need to have done the best thing, disclaimed arbitration completely and enabled this case to be attempted prior to a jury representing a cross-section of the neighborhood, much like those who view football.”

Standard NFL agreements typically require disagreements to be settled in personal arbitration rather of the judicial system, and the Dolphins, among the groups called as an offender in the event, formerly asked the NFL to ask for the case move into arbitration.

Flores’ lawyers desire the case to stay in the courts for a jury trial, where it would ultimately relocate to discovery and each side can see pertinent files held by the other.

Earlier this month, 2 extra coaches, previous Arizona Cardinals head coach Steve Wilks and previous protective organizer Ray Horton, signed up with Flores’ claim by changing the initial problem to include their own accusations of discrimination in employing and shooting practices of the Cardinals and Tennessee Titans.

Barcelona vs. Wolfsburg: Women’s Champions League semifinal to include clash of designs and another huge crowd