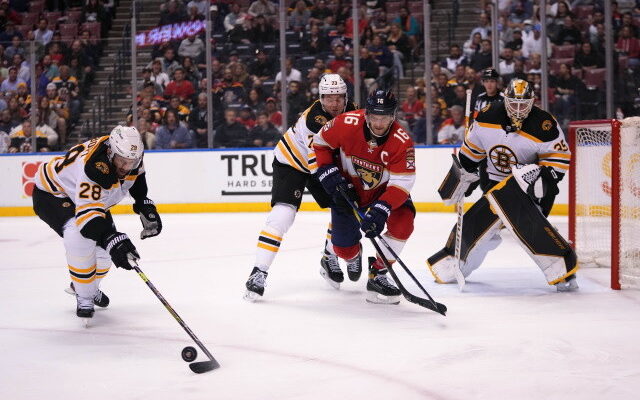 “Freddy is getting close. Just a lack of practice. A live practice was good for him. He got some work in. The conditioning factor when you miss that long is still an issue. No practice is an issue. I would say he’d be targeting a little later in the week…I think he needs more reps.”

Frederic has actually missed out on the previous 5 video games with an upper-body injury.

Paul Hamilton: Buffalo Sabres forward Casey Mittelstadt was on the ice in a no-contact jersey.

Edmonton Oilers: Defenseman Duncan Keith missed out on last night’s video game and is noted as daily with an upper-body injury.

David Dwork: Panthers defenseman Olli Juolevi was on the ice once again the other day. He’s advancing and stays on the IR.

John Hoven: Have been hearing the Los Angeles Kings defenseman Drew Doughty might be doubtful for Saturday’s video game. If he can’t go, he needs to be all set for Tuesday.

NHL.com: Minnesota Wild coach Dean Evason stated that defenseman Jared Spurgeon is out this weekend and is thought about week-to-week with a lower-body injury.

“We had him evaluated. It’s lower body and he won’t be in this weekend, and then we’ll see how he progresses.”

Pens Inside Scoop: Pittsburgh Penguins coach Mike Sullivan stated that they don’t have a time frame for forward Evgeni Malkin to begin skating.

“We have a ballpark idea of when we think he’ll be available. I’m always reluctant to put a date out there, because if we don’t meet that date, everyone speculates.”

Seattle Kraken PR: Forward Mason Appleton has actually been triggered off the IR.

Samantha Pell: Washington Capitals forward Conor Sheary (upper-body) was on the ice prior to practice the other day. Forward T.J. Oshie and his lower-body injury weren’t on the ice.

Samantha Pell: Capitals forward Nicklas Backstrom was on the ice prior to their early morning skate the other day in a no-contact jersey.