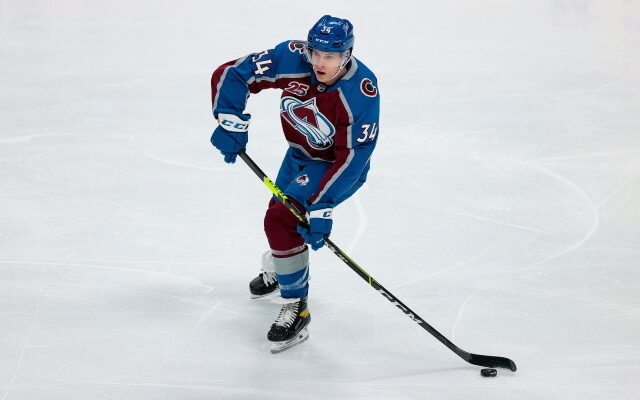 Ben Pope: Chicago Blackhawks Reese Johnson broke his clavicle on Saturday night and was put on the IR.

Peter Baugh: Colorado Avalanche Jacob MacDonald was stretchered off the ice after a hit from Ryan Lomberg.

Peter Baugh: Avs coach Jared Bednar on the hit: “I think it might’ve been clean. I only got the one angle at it.” “It’s unfortunate, but it’s either a legal hit or it’s not. … Physicality is part of the game.”

Peter Baugh: MacDonald looked out, responsive and had complete motion as he was being examined at the arena.

Cap Friendly: The Avalanche however defenseman Ryan Murray on the LTIR.

Peter Baugh: Avs forward Gabriel Landeskog will be out for 2 weeks with a lower-body injury.

Dan Rosen: Nashville Predators forward Colton Sissons went back to the lineup and forward Matt Duchene stays out with an upper-body injury.