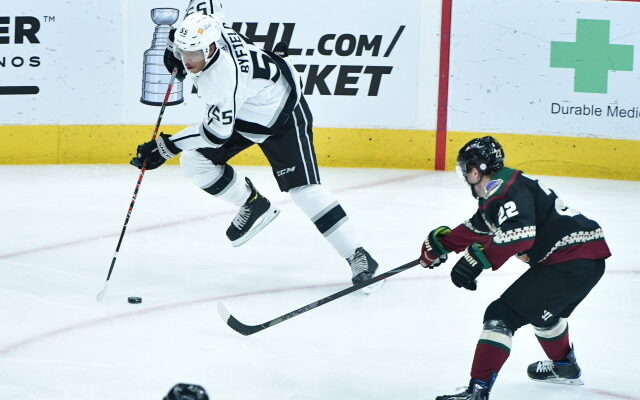 Kessel intends to be prepared for the start of the season

Jose M. Romero: Arizona Coyotes coach Andre Tourigny on Phil Kessel having the ability to practice and they hope he’s prepared for the start of the season: “He will need a little bit of time to adapt but at the same time, everybody knows he doesn’t want to miss games,”

“LA Kings forward Quinton Byfield suffered a left-ankle fracture in last night’s game against the Arizona Coyotes and will be out indefinitely. He has been placed on injured reserve and will be re-evaluated in the coming weeks.”

Eric Engels: Montreal Canadiens coach Dominique Ducharme stated that forward Cedric Paquette skated the other day for the very first time given that he was hurt and there is a likelihood that he will be prepared to begin the season.

Eric Engels: Ducharme stated that goaltender Carey Price won’t enter any practices with the group prior to the season begins. He included that as soon as he’s over his health problem that they’ll reduce him back.

Eric Engels: Ducharme stated that defenseman Joel Edmundson went through some tests and they didn’t work out. Edmundson will be out for 2 to 3 weeks.

Ryan Reaves appears to have actually sustained a leg injury and was assisted off the ice midway through the very first duration #NYR pic.twitter.com/6yScXJaTWn

Backstrom not on the ice yet

Tom Gulitti: Washington Capitals coach Peter Laviolette on when Nicklas Backstrom (hip) will be prepared to play in a video game.

“I’m not going to answer that because I don’t know the answer to that. It’s still listed as week-to-week. You guys see that he’s not out here, yet. We’ve said that we’re going to do the right thing and make sure that Nick is healthy, and I can’t answer that one right now.”