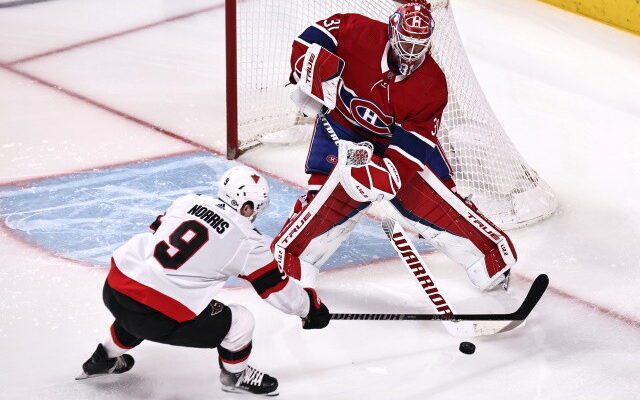 Wes Gilbertson of the Calgary Sun: Johnny Gaudreau didn’t wish to state much about why he wished to leave the Calgary Flames. He did briefly discuss this throughout his opening interview with the Columbus Blue Jackets.

“But Calgary was a special place for me. I was part of their organization for 12 years, and I loved every second I was there. But for me, I think it was just time for me to make a little bit of a change.”

“I always kind of dreamed about playing a tad closer to home,” Gaudreau acknowledged. “But I mean, it didn’t matter where I was signing. Our decision was it was best for us not to go back to Calgary and then we decided to figure out what was the best option for us. Columbus was right up on the top of the list.”

Each year he’ll have a wage of $7.75 million and a $2 million finalizing perk.

“We’re very pleased to come to long-term agreement with Josh. He’s a versatile forward who continues to mature into an exceptional NHL player. His scoring prowess has already shown to be a considerable asset for us and one that will help us reach the next level. His dedication and the pride he takes in his physical conditioning will serve as a great example for our next wave of young players.”

Radulov heading back to Russia

Renaud Lavoie: Montreal Canadiens goaltender Carey Price will consult with his physician prior to completion of the month.

Forward Paul Byron is still hurt and might miss out on the start of training school.

SinBin.vegas: Vegas Golden Knights GM Kelly McCrimmon stated that they won’t understand the status of goaltenders Robin Lehner and Laurent Brossoit up until closer to the start of training school.

Jesse Granger: Golden Knights GM McCrimmon stated that forward Nolan Patrick has actually made “no significant progress” in his rehabilitation. At completion of the season, McCrimmon stated Patrick was out forever.