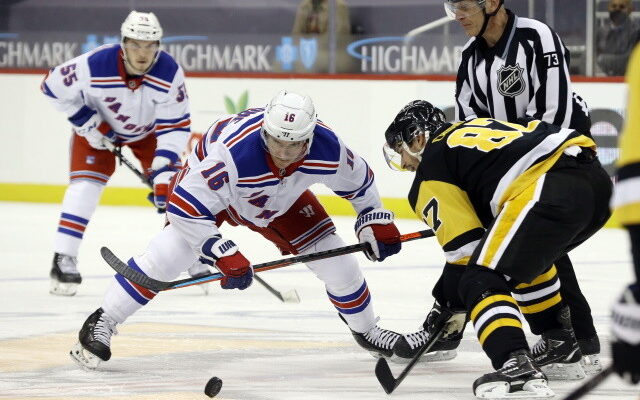 Kevin Connauton out a number of weeks

Jameson Olive: Florida Panthers coach Joel Quenneville stated that defenseman Kevin Connauton might be out for one to 2 weeks.

Cedric Paquette is to return and Mike Hoffman getting closer

Renaud Lavoie: Montreal Canadiens forward Cedric Paquette ought to have the ability to go back to practice on Monday. Forward Mike Hoffman has to do with 10 days far from returning.

Michael Russo: Minnesota Wild GM Bill Guerin stated that Matt Boldy had another MRI on his ankle the other day and they will choose if he requires surgical treatment or simply rehabilitation.

“It’s going to be up to him,” Guerin stated. “We can recommend both or one or the other, but he’s going to decide what to do.”

Michael Russo: Boldly fractured his left ankle and might be out 4 to 6 weeks.

Bruce Garrioch: Ottawa Senators forward Austin Watson might be out long-lasting with an ankle injury.

Seth Rorabaugh: Pittsburgh Penguins forward Sidney Crosby was on the ice with the group for their early morning skate the other day.

Pittsburgh Penguins: Penguins coach Mike Sullivan on Crosby’s go back to practice: “Everybody’s excited that he’s getting closer. We’re obviously thrilled that he’s back with our team.”

Ilya Mikheyev is out with a hand injury

David Alter: The last lineup choices for the Maple Leafs are income cap associated and will now alter with Mikheyev’s injury scenario.

Earl Schwartz: (thread) If/when the Leafs put Mikheyev on the LTIR, this is what they might do.

That would position them within $136,884 of the cap when Mikheyev is put on LTIR the last day of training school.

The advantages of this path is consisting of Liljegren’s $400k PB in the preliminary lineup, and not needing to waive Adam Brooks.

The option would be to waive Brooks and send out Sandin down, in order to get ~$25k closer to the cap and location Mikheyev on LTIR the first day of the season.”