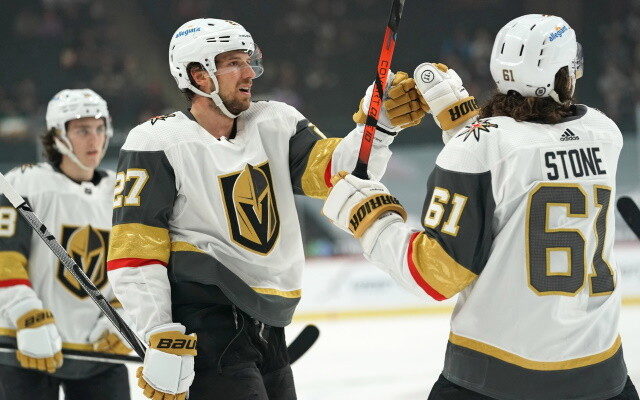 Karlsson has an infection in his thumb

Curtis Pashelka: San Jose Sharks coach Bob Boughner stated that defenseman Erik Karlsson has a small infection in his thumb and it taking prescription antibiotics. He might be prepared for Tuesday’s video game.

Sportsnet: Montreal Canadiens coach Dominique Ducharme stated that forward Mike Hoffman will be out for 4 weeks after an offseason injury. His lower-body injury will likely keep him out of their season opener on October 13th.

Eric Engels: Canadiens forward Brendan Gallagher was back on the ice the other day early morning.

Caufield pull as a safety measure

Montreal Canadiens: Forward Cole Caufield is noted as daily after being pulled from warm-ups for preventive factors prior to the other day’s intra-squad video game.

TSN: Goaltender Curtis McElhinney revealed his retirement from hockey in an Instagram post. McElhinney bet 13 seasons with 8 groups, winning the Stanley Cup the previous 2 years with the Tampa Bay Lightning.

Neal on his PTO

Lou Korac: Forward James Neal on his PTO with the St. Louis Blues: “This team’s a really hard team to play against. … This is a team that wants to win and is on the verge of winning again. For me, I just wanted an opportunity to come in and show the work I’ve put in this summer and I’ve got lots of game left.”