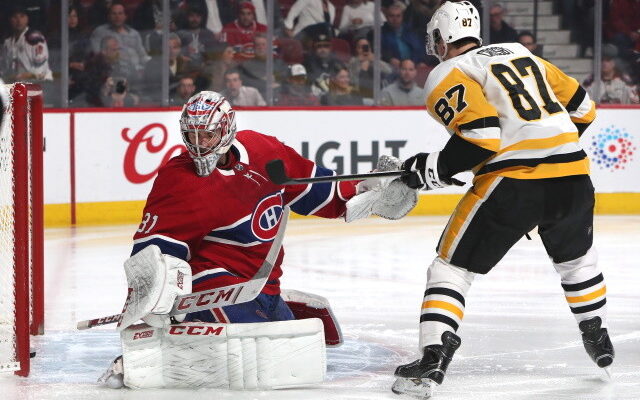 Puck Pedia: Players who were placed on waivers.

Price to take the ice tomorrow

John Lu: Montreal Canadiens coach Dominique Ducharme stated that goaltender Carey Price is anticipated to be on the ice Monday to begin skating and to take some shots. Ducharme included that it’s prematurely to state if he’ll be all set to begin the season.

Niku is out with a concussion

Renaud Lavoie: Montreal Canadiens defenseman Sami Niku is out with a concussion.

Pens Inside Scoop: Pittsburgh Penguins coach Mike Sullivan on Sidney Crosby: “Sid is progressing with both his on-ice and off-ice rehab. He’s been on the ice a lot with Ty Hennes. We’re really encouraged with the progress he’s made. He’s in really good shape from all the skating he’s doing. We’re looking forward to next steps.”

Boeser out a week

Brendan Batchelor: Vancouver Canucks coach Travis Green stated that forward Brock Boeser is out for a minimum of a week.

Backstrom not skating yet

Samantha Pell: Washington Capitals forward Nicklas Backstrom stated there is “no timetable” on when he’ll have the ability to return from his hip injury.

He is noted as week-to-week and hasn’t begun skating yet.