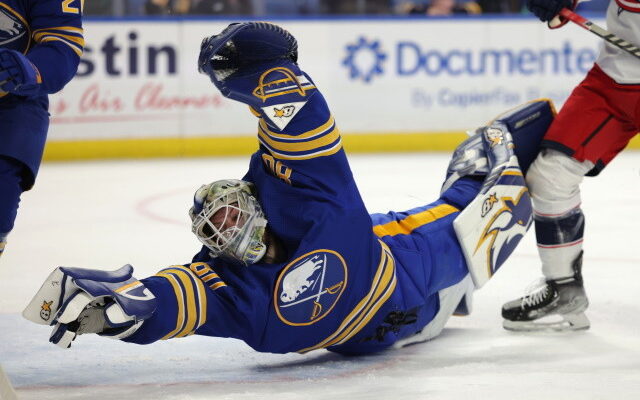 Lance Lysowski of the Buffalo News: (mailbag) Expect the Buffalo Sabres to sign Ryan Johnson after the season. They are deep on the left side however he might use his off side.

Doesn’t see the Sabres making a huge free-agent splash and paying too much in the goalie market. Ukko-Pekka Luukkonen is close to being all set so there is no requirement to invest huge. If they consider Luukkonen all set, they would re-sign Dustin Tokarski or generate a veteran on a short-term, sensible agreement. If Luukkonen isn’t all set they can got the trade path.

Right-handed defenseman Colin Miller is atop of the Sabres pending UFA list that will likely be traded. Also getting interest must consist of Vinnie Hinostroza, Drake Caggiula, Cody Eakin, Robert Hagg, Craig Anderson and Dustin Tokarski.

This offseason might see the Sabres targeting a top-six winger that can score and has some speed. They might likewise utilize somebody for their bottom-six that has a forechecking existence – somebody Yanni Gourde like.

John Vogl of The Athletic: The Buffalo Sabres have goaltenders Ukko-Pekka Luukkonen, Devon Levi and Erik Portillo in the system however they are all set. They are presently running Aaron Dell and Dustin Tokarski while Craig Anderson is harmed.