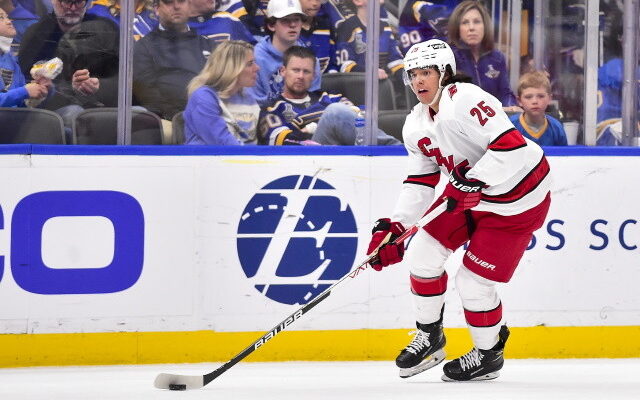 On the Stars and Peter DeBoer

Pierre LeBrun: Sources are stating the Dallas Stars and Peter DeBoer are working towards a four-year agreement at more than $4 million a season.

On the Red Wings and Barry Trotz

NHL Watcher: Elliotte Friedman on 32 Thoughts on Barry Trotz and the Detroit Red Wings: “I still think Detroit’s been around it. There’s still some people who think it will be Halpern or Lalonde from Tampa Bay, but until Steve Yzerman closes the book you don’t close the book.”

On the Panthers and Andrew Brunette

NHL Watcher: Elliotte Friedman on The Jeff Marek Show on the Andrew Brunette/Florida Panthers legend: “Florida can do what Florida wants to do, this is a cutthroat business and you have to do things, I just think it’s beyond clumsily handled”.

Frank Seravalli: Have been hearing that Jukka Jalonen is another possible training prospect for the Florida Panthers.

Hurricanes pending RFA Ethan Bear can talk with other groups

Have heard that the Hurricanes wish to re-sign Bear however they are not near to reaching an arrangement.

The Carolina Hurricanes has actually offered Ethan Bear approval to talk with other groups per @FriedgeHNIC. Ethan Bear was excellent defensively in Edmonton, much better offensively in Carolina. He’s worth an agreement like 3x$3M annually. Solid second pairing, excellent 3rd pairing RD. pic.twitter.com/dlhNwica9D

Here are Bear’s 21-22 microstats thanks to AllThreeZones.

Solid puck-moving, great offensive zone death, excellent entry defence. Generally quite constant with what he was carrying out in Edmonton.

Don’t see why he couldn’t be a good second-pair RD on the best group. pic.twitter.com/5WaxOX72IO