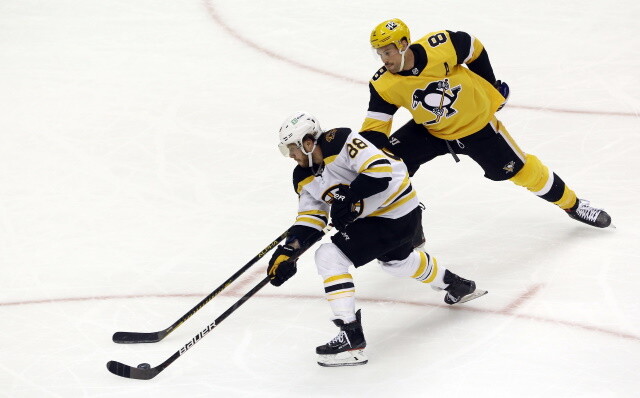 David Pastrnak on an extension with the Boston Bruins

Joe Haggerty: Boston Bruins forward David Pastrnak when asked if he anticipates to get an agreement extension made with the Bruins: “Of course. We love it here. This is our home. This is where I became a man. I’ve spent unbelievable years here with Rebecca and we are really happy. But my focus moving forward is to be ready for Game 1”

Vince Z. Mercogliano: Spoke with the representative, Claude Lemieux, for New York Rangers defenseman Nils Lundkvist, and he won’t be reporting to the Rangers training school next week.

A trade demand has actually been made and they will stand by up until a trade is exercised.

Vince Z. Mercogliano: “My own two cents: While I’m sure many calls are being made, I don’t believe Chris Drury will rush into a trade. As we saw with Vitali Kravtsov, he’ll hold the asset if he doesn’t get his asking price. Trade could happen soon, but don’t be surprised if this lingers.”

The Pittsburgh Penguins stay over the income cap ceiling

Dave Molinari of Pittsburgh Hockey Now: The Pittsburgh Penguins are simply under $800,000 over the income cap ceiling with a predicted 23-man lineup.

Penguins GM Ron Hextall might be wanting to move a defenseman or 2 as they have 9 defensemen that might play in the NHL. Ty Smith is the just one on a two-way agreement.

Forward Drew O’Connor is fighting for an area and he’d just cost $750,000. He is likewise waiver-exempt.