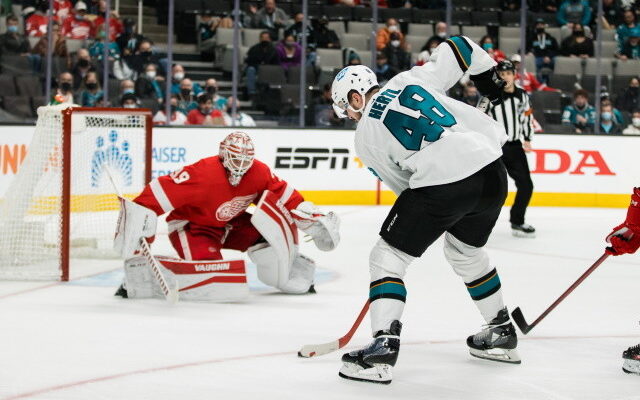 “But regardless, I don’t see us being really aggressive at the trade deadline. In free agency, I’ll take the same approach. If there’s a player that can help us and might be with us in a few years and be a contributor in a few years, we’ll try to spend our money and be aggressive when we think it’s appropriate. Nothing has really changed on the aspect of what we are trying to do. We’re going to stick with it and try to be patient and ultimately just try to make good decisions, whether it be short-term contracts or long-term contracts.”

TSN: Depending on how the Evander Kane complaint goes, the San Jose Sharks might have some more wage cap area to deal with, which might go towards a deal for pending UFA forward Tomas Hertl according to Pierre LeBrun.

“Certainly, there might be some space here for the Sharks to make an extension deal for their leading centre, Tomas Hertl, who is a UFA at the end of the season. There were talks last summer season and Hertl’s camp, led by Newport Sports, stated that the Sharks had an interest in talking extension at the time. But now that there may be more cap space, I anticipate the Sharks to circle back over the next month here and possibly make a deal to Hertl.

If that does not cause an extension, the trade due date is March 21 and there might not be a larger name on the Trade Bait Board than Tomas Hertl if he is formally offered in between now and March 21.”