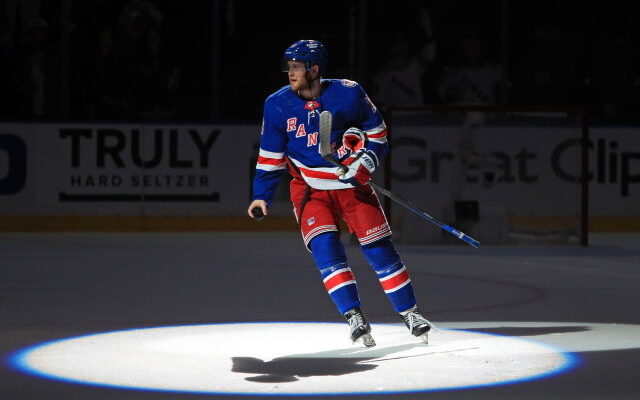 Lisa Dillman of The Athletic: Looking at who will be back next season for the Los Angeles Kings and who might be playing somewhere else.

Need to see more from him – Rasmus Kupari.

Unlikely to be traded, however Blake must a minimum of return the telephone call – Quinton Byfield, Arthur Kaliyev and the first-round choice.

“Speaking of offseason settlements. Although Andrew Copp is still playing today, you question what’s going to take place to him after this season or after the next series, or whenever the Rangers are done their season.

Andrew Copp has actually put himself in an actually great position today. He was a, he’s a UFA turning up at the end of the season. He was a fantastic trade due date acquisition, as Elliotte discussed in the very first intermission by Chris Drury and the New York Rangers. Playing on fantastic line with Strome and Panarin today.

And question the market for somebody like Andrew Copp. It sort of noises as if it’s this mix in between Phillip Danault’s agreement, possibly Zach Hyman‘s agreement too. Danault was 6 years, $33 million. Zach Hyman 7 years, $38.5 million. It seems like Copp is located himself right into that discussion.

It’s sort of a feel-good story too. He bet on himself with Winnipeg. Was part of trade reports at different times. We think about when Winnipeg attempted to generate Jamie Oleksiak from Dallas, Copp’s name was quite out there. But he bank on himself. He awaited his chance. It’s here now and it sounds quite Elliotte like he’s going to make the most of it.”