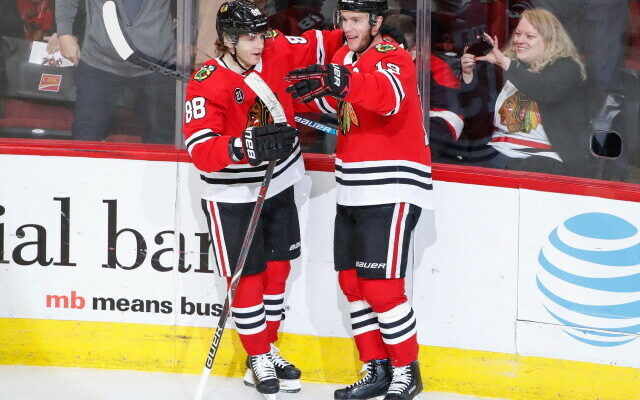 Patrick Kane doesn’t check out much into the trade reports

Ben Pope of the Chicago Sun-Times: Chicago Blackhawks forward Patrick Kane stated the other day that there hasn’t been much going on at all.

“You pay attention to it a little bit at first, and then you kind of just block it out,” Kane stated. “I think a lot of the rumors are just rumors. Maybe people looking for things to talk about in August when nothing’s really going on with hockey, right?”

Kane understands that he has a year left on his agreement and the Blackhawks remain in a complete restore. He’s talked to management about his future and the company’s future.

“There hasn’t been much discussion about anything, even with my agent or my parents or my family,” the 33-year-old winger stated. “We all understand the circumstance… what might possibly occur. It’s not actually anything I’m thinking of since yet. So we’ll see how everything plays out.

Charlie Roumeliotis: Kane on the concept of potentially betting another group: “It’s not really something I’ve thought of or anything I’m thinking about right now. … It’s just a lot of noise right now.”

Ben Pope: Kane believes all the trade reports are unwarranted: “I don’t think there have been any legitimate discussions between other teams and the Blackhawks.”

Jonathan Toews isn’t thinking of trade reports in the meantime

Ben Pope of the Chicago Sun-Times: Blackhawks forward Jonathan Toews stated that he did talk with his household and representative about the possibility of a trade, however confesses those talks weren’t that severe.

“I don’t think anything’s gotten to that point, or even close to it,” Toews stated. “I don’t believe it will for rather a long time this season. The believed for myself personally has actually constantly been to keep treking forward and improving.

“Obviously it would be fun to be on a winning team and live that dream again, but I’m not letting my mind get there now.”