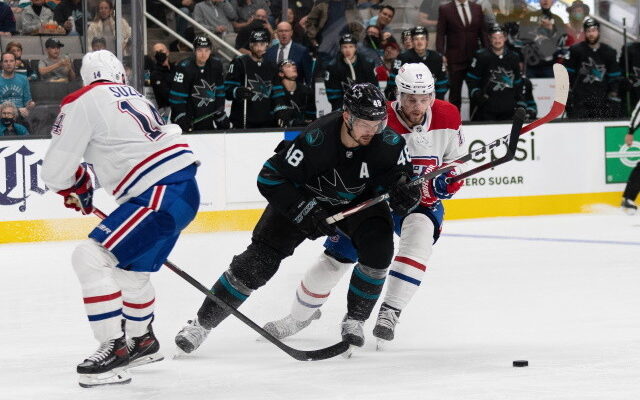 Bruce Garrioch: Ottawa Senators GM Pierre Dorion on trade talk: “there hasn’t been as much trade chatter as in previous years.”

Dorion included that with all the COVID walking around, groups have actually been concentrating on surviving this part of the season. He anticipates that trade talk will increase quickly.

Canadiens getting closer to calling their GM

Eric Engels: Believe that the Montreal Canadiens might be calling their next GM quickly as they are down to 3 prospects. Think that 2 of the 3 last prospects are Daniel Briere and Mathieu Darche.

Pierre LeBrun: The Canadiens preliminary of GM interviews is over and they are settling their prepare for round 2 of interviews.

Their list is down to 3 or 4 prospects and there is not a company timeline for when they will make the hire.

Pierre LeBrun: Agent Kent Hughes wasn’t part of their initial interviews however might be back in the mix now. Believe he becomes part of their three-four prospects.

Are the Sharks winning enough for Hertl?

Sheng Peng of San Jose Hockey Now: Pierre LeBrun kept in mind on TSN to anticipate the San Jose Sharks to make an agreement deal in the next month or two to pending UFA Tomas Hertl.

The Sharks remain in the middle of a ‘reset’ and Hertl has actually suggested that his primary concern is winning. The Sharks have been winning however will it suffice for Hertl to think about a long-lasting offer?

“I love Tomas Hertl. But has to be one of those things that works for everybody.”

Pierre LeBrun on if the Sharks can’t extend Hertl prior to the trade due date.

“Now if that does not lead to an extension, you know what I’m going to say next. There may not be a bigger name on the trade bait board than Tomas Hertl.”