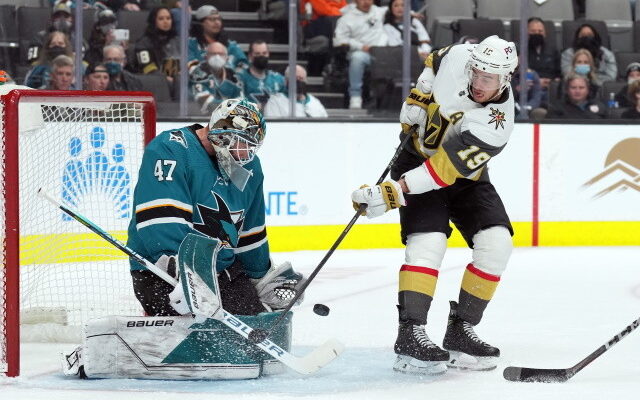 Sharks will likely choose Kahkonen with Reimer or Hill

Curtis Pashelka of The Mercury News: The San Jose Sharks gotten goaltender Kaapo Kahkonen at the trade due date from the Minnesota Wild.

The 25-year-old Kahkonen is a pending RFA. James Reimer and Adin Hill are both under agreement for next season. Interim GM Joe Will has actually been record stating they won’t be bring 3 goaltenders on their lineup next season. It will likely be Kahkonen and among Reimer or Hill.

“I think he fits in our room nicely. He’s a good guy and works hard on off days, works hard in practice, is a good teammate, and is just a good guy to be around, so that’s important as well.”

Elliotte Friedman on Sportsnet: The Vegas Golden Knights will have some cap problems to find out once again. Reilly Smith is a pending UFA and there were some agreement extension talks. Some sources stated an offer was done, with others stating it wasn’t. The sides are talking.

The Winnipeg Jets will have some huge choices to make this offseason. Will Pierre-Luc Dubois wish to sign long-lasting?

Calgary Flames GM Brad Treliving recently on pending UFA Johnny Gaudreau: “We made a comment at the beginning of the year, we weren’t going to talk about his contract publicly. … That by no means should be taken as any indication we (don’t) want him back. We want him back here. We’re going to move heaven and earth, and do everything we possibly can to get Johnny back here. … We’re going to do everything we humanly possibly can to have him be back here and be a Flame for a long, long time.”

Bo Horvat has a year left on his agreement and think he will be a huge concern for the Vancouver Canucks.

Soon to be 29-year-old Anton Bengtsson from Sweden is getting some interest in a bottom-six function.