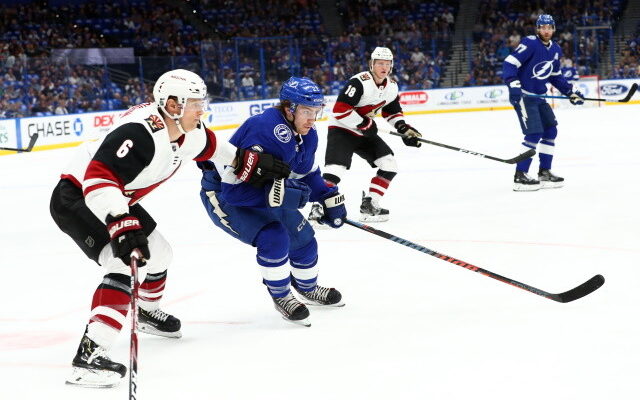 It’s looking like a quiet trade deadline for the Lightning

Joe Smith of The Athletic: Tampa Bay Lightning GM Julien BriseBois doesn’t think they will have a busy trade deadline given their salary cap position.

“This year, we have no cap space. We have no one we can send to the minors without requiring waivers, and none of our players would clear waivers. We legitimately have no cap space. If we’re looking to add a player, it means subtracting a player, and all of our players are good players on good contracts and provide really good value. So it’s unlikely we’re going to find a player we can acquire that brings more value for cap hit than whatever player we would be moving out.”

The Lightning added depth players in Corey Perry, Pierre-Edouard Bellemare and Zach Bogosian this past offseason.

Injuries could change their position, and they’ve never been shy to trade first-round pick or prospects to improve their odds.

The Fourth Period: Top 25 players who could be traded by the March 21st NHL trade deadline.