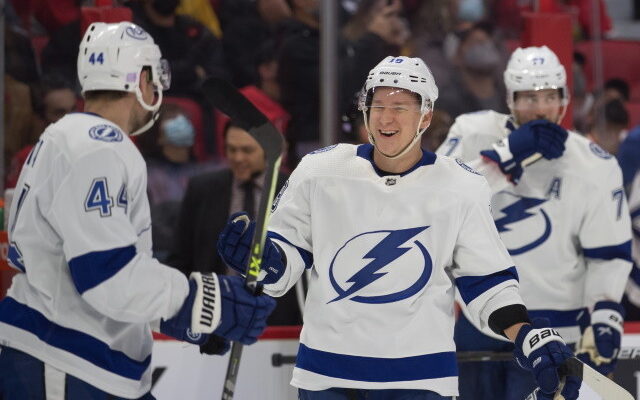 BriseBois after maximizing some cap area

“We maximized some cap area for ‘23-24 and beyond, which I am confident will enable us to protect the rights to Anthony Cirelli, Erik Cernak, and Mikhail Sergachev for several years to come.

Having those gamers on top of Vasilevskiy, Hedman, Point, Kuch, Stamkos, and all the other great gamers we have for the foreseeable future, I believe that extends our window of being a Stanley Cup competitor.”

Joe Smith: BriseBois didn’t have an upgrade on Ondrej Palat and Jan Rutta. Hopes to be able to re-sign them.

BriseBoise stated they don’t intend on buyout out Philippe Myers.

The Kings are refrained from doing

Marek questions if the New York Rangers don’t re-sign Andrew Copp, that the Kings may be interested.

Elliotte Friedman of Sportsnet: They’ve traded for Kevin Fiala currently. They like pending UFA Andrew Copp however unsure if there is a still a fit. Will they sign Adrian Kempe to an agreement extension? Josh Manson may intrigue them. They do require left handed defensemen over right-handed defensemen.

Vince Z. Mercogliano: (thread) It’s not a trick that the New York Rangers are taking a look at the center market.

The Rangers have some wage cap and no-movement provision concerns.