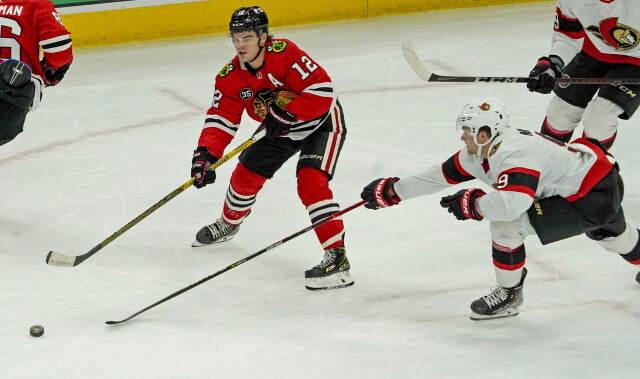 Talks peaceful in between the Canucks and Bo Horvat

TSN: Pierre LeBrun on TSN stated that it’s been peaceful on the Vancouver Canucks and Bo Horvat agreement extension talks, keeping in mind that talks go back 3, 4 months. It seems like there is a huge space and it might get fascinating if he’s not re-signed by the trade due date.

“Both sides have actually actually set out their positions, and my understanding is that there’s a quite large space in between those positions at the minute, which once again: there’s great deals of time for the Canucks and Horvat’s agents to discover a method over the next couple of months and it is the Canucks’ outright top priority to get their captain signed to a long-lasting offer, however it’s likewise real, I believe, that the Canucks’ front workplace feels a bit less pressure in the wake of J.T. Miller signing to get it done at all expenses. In other words, they have a fragile income cap position, and a Horvat extension needs to fit within that long term.

We’ll see where this goes, however definitely my sense is that if Horvat is not signed by the March 3 trade due date, there is a possibility the Canucks would trade him rather of losing him for absolutely nothing come July 1.”

Ian Mendes of The Athletic: Ottawa Senators forward Alex DeBrincat isn’t prepared to sign an extension on Ottawa right now. He’ll be owed a $9 million certifying deal after the season. Another 40-goal season and DeBrincat’s camp might wish to be the greatest paid Senators.

“I think we’re just going to start by playing it out and see how it works,” stated DeBrincat throughout a media session on September 7. “I’m obviously open to anything. I’m excited to play with these guys. I think both sides want to see how it works. And I know they’ve got a lot of goal scorers, so we’ll see how that works.”

Defenseman Artem Zub will be searching for a raise from his $2.5 million on his next offer. If he isn’t extended by the trade due date, the Senators might have some choices to make.