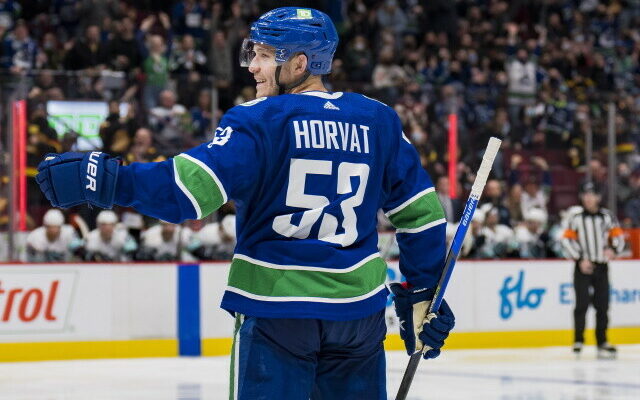 Canucks thinking about blueline alternatives however like what they have

Thomas Drance: Canucks GM Allvin on their blueline: “I guess you never know. We’re still looking at all our options, but I’m happy with the defense group we have.”

Rick Dhaliwal: Elliotte Friedman on agreement extension talks in between the Vancouver Canucks and Bo Horvat: “It is pretty quiet but it was quiet with Miller as well. There is a little bit of a gap but both sides want to get it done.”

Thomas Drance: Canucks GM Patrik Allvin on the Horvat talks: “We like Bo. We’re communicating with his camp. We’ll see if there’s a deal to be done here.”

Sportsnet: Elliotte Friedman on the Tim & Friends reveal on how J.T. Miller‘s agreement extension with the Vancouver Canucks might impact a Bo Horvat extension.

“One thing I think is, if you have great gamers and you wish to keep them, you discover a method to keep them. So, I constantly choose that up until I’m informed otherwise.

I still believe the Canucks wish to keep Horvat. As far as I understand, Horvat wishes to remain in Vancouver. I understand there was a great deal of optimism previously as the season ended that there was something to get done. Obviously, they aren’t there yet. As we talk today, I have no factor to stress if I’m the Canucks.

But, I believe the something is, that we’re headed into a world that it appears like the cap might increase in 2 years. So I believe what the groups are attempting to do is browse that. I believe you understand Ailish, what the marketplace is for Horvat, it’s huge, however at the end of the day, I constantly think if the group and a gamer wish to make it work, there are methods to make it work.”