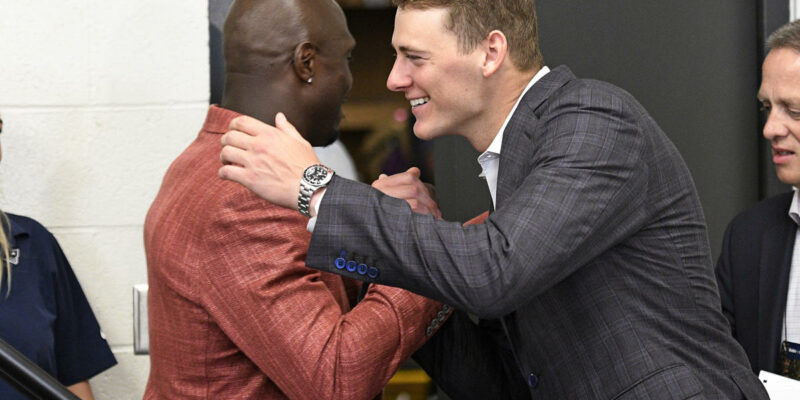 New England Patriots captain Devin McCourty is amongst those thrilled by the return of Bill O’Brien as offending organizer.

McCourty and O’Brien have history together, as the latter was a Patriots assistant from 2007-2011. He likewise hung out at Alabama and had the ability to work a bit with Mac Jones in 2021, when Jones looked for help in discovering the Patriots’ playbook. Now, they will have the chance to interact in what is a vital year for the offense as a unit.

McCourty sees O’Brien’s return as a favorable for Jones in Year 3, as transcribed by Zack Cox of NESN.com.

“I think it’ll be great,” stated McCourty. “I think a lot of times, we assume how relationships will go, but I think relationships are built, and I think obviously, they’re going to have a connection with all of the Alabama stuff, Billy O just coming from there and obviously Mac being two years removed. But I think they’ll have an opportunity to build a relationship, and that’ll form into whatever is best for them and the team. …

“To play quarterback in this league, you have to be that ultra-competitive guy that wants to win every rep, that wants to be meticulous about the details and everything that goes into it, so I don’t think that’ll be anything new for either one of those guys working together.”

The working relationship in between O’Brien and Jones will be a welcome addition, as the Patriots offense seeks to rebound from the battles of last season.

It will be interesting to see the various subtleties O’Brien takes into the offense, as his familiarity with Jones might cause a more well balanced system.