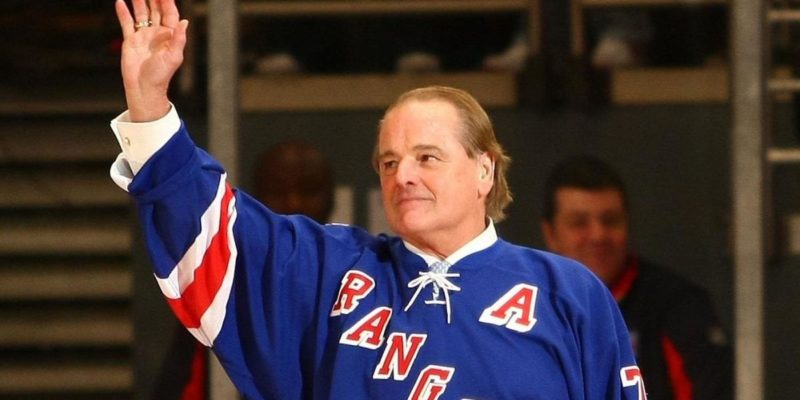 Rod Gilbert, the New York Rangers all-time leading scorer has actually passed away at 80, the group revealed on Sunday night. Gilbert wore the blue sweatshirt in the Big Apple for 18 seasons, leading the Rangers to among just 2 Stanley Cup Final looks for the franchise in between their champions in 1940 and 1994.

Rangers owner James Dolan launched a declaration on behalf of the Rangers company.

“I am deeply saddened by the passing of Rod Gilbert – one of the greatest Rangers to ever play for our organization and one of the greatest ambassadors the game of hockey has ever had. While his on-ice achievements rightly made him a Hall of Famer, it was his love for the Rangers and the people of New York that endeared him to generations of fans and forever earned him the title, ‘Mr. Ranger.’ Our thoughts are with Rod’s wife, Judy, and the entire Gilbert family during this difficult time. They will always be a part of the Rangers family.”

“As a player, he was revered by his teammates, respected by his opponents and absolutely beloved by Rangers’ fans.  Throughout his 18 NHL seasons – all with the Rangers, he was among the greatest offensive players of his era and truly entertained fans across the League on a nightly basis.  His contributions to the game were appropriately recognized with hockey’s highest individual honor – induction to the Hockey Hall of Fame in 1982.”

A local of Montreal, Gilbert played his whole 18-year profession for the Rangers, ending up being the all-time franchise leader in objectives scored (406) and points (1,021). Starring on the Rangers’ popular GAG (Goal-A-Game) Line, Gilbert was an eight-time NHL All-Star that made First All-Star Team acknowledgment in 1971-72. Gilbert developed or matched 20 group records in all throughout his Rangers profession, and by the end of his profession was 2nd in NHL history to just Gordie Howe in points scored by a right-winger.

In New York, Gilbert was an unique figure both throughout his playing profession and well after it. After his retirement following the 1977-78 season, Gilbert ended up being the very first Ranger ever to have his number retired, with the franchise terminating usage of the No. 7 in his honor. Gilbert would go on to work for the Rangers for 32 seasons in a range of functions, most significantly as Director of Special Projects and Community Relations Representative.

While Gilbert’s profession was permanently commemorated when he was inducted into the Hockey Hall of Fame in 1982, he was likewise quite appreciated thanks to both the decision he revealed throughout his playing profession and his kindness off the ice. Gilbert won the Bill Masterton Trophy in 1976, the Lester Patrick Trophy in 1991, and in 2007 was called Man of the Year by the National Hockey League Alumni Association. In 2010, Gilbert was granted the Ellis Island Medal of Honor for his efforts as a humanitarian.