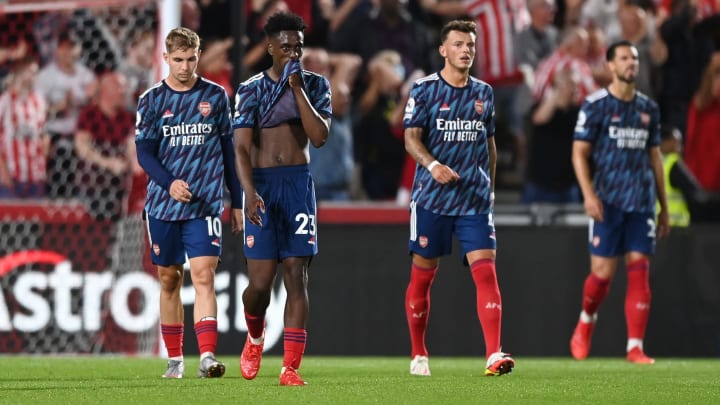 It’s a brand-new season, however it’s more of the exact same for Toolbox.

£70m has actually been invested in brand-new gamers, the majority of which went on centre-back Ben White, and every cent looked lost as the Gunners was up to an emphatic 2-0 defeat to freshly promoted Brentford – a scoreline which might have quickly been even worse.

There’s no other method to put it, it was embarrassing.

Arsenal fans on Twitter were beside themselves, and understandably so. For months, their club have urged them to be patient and give them time to return to greatness, but this felt like a massive step in the wrong direction. With all due respect to Brentford, Arsenal just got battered by Brentford.

Sergi Canos fired home an excellent goal in the first half, before Christian Norgaard headed home a second after the break following some slapstick defending from a throw-in. Nobody in the Arsenal team seemed to have any clue what was going on.

Any faint optimism with which supporters began the season disappeared in just 90 minutes. Top four may have been the goal, but with performances like this, they’ll be lucky if they scrape a top-half finish.

And while all this was going on, Lucas Torreira was in Warner Park having the time of his life.

The misery from Arsenal fans was clear, but the rest of the league? Those supporters were absolutely loving it.

Mikel Arteta would be wise to stay off Twitter for a while. His side were being absolutely ripped to shreds from every angle, and you can’t say they do not really deserve it. You can’t talk a big game and then get humbled by Brentford.

It was rough for everyone, however few faced the same level of criticism as £50m man Ben White.

Touted as the saviour of Toolbox’s defence, White was battered from pillar to post by Ivan Toney and Brian Mbeumo, looking more like Shkodran Mustafi with each passing minute.

But hey, maybe it’ll all be alright. Arsenal could bounce back over their next few games.

Who’ve they got next?