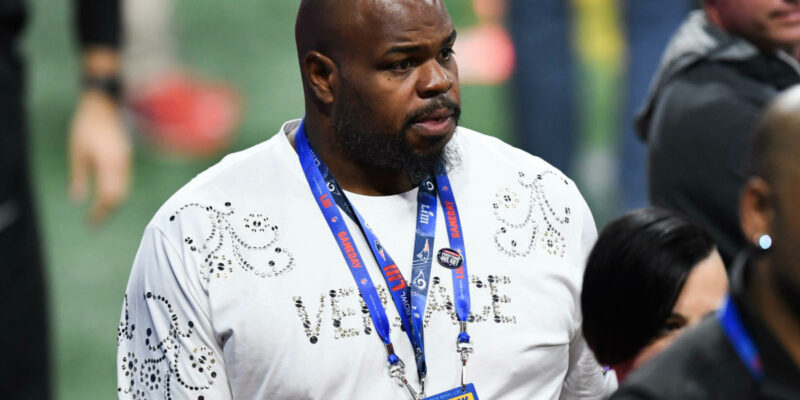 Former New England Patriots protective take on Vince Wilfork is no complete stranger to the competition in between the Patriots and Baltimore Ravens.

The Patriots played the Ravens 10 times throughout his 11 seasons with New England, consisting of some heated postseason fights. The competition has actually silenced down a bit ever since, as New England and Baltimore have actually fulfilled simply 3 times given that 2014. New England beat Baltimore by a 23-17 margin the last time the 2 groups fulfilled in a torrential rainstorm of rainy conditions.

Although he is no longer betting the Patriots, Wilfork is delighted for the video game, as the Patriots want to win their 2nd video game of the season. He remains in town to be inducted into the Patriots Hall of Fame this Saturday. While he’s here, he’s wanting to provide the group some suggestions prior to the huge video game.

“So I’m hoping I can get over there (Friday),” stated Wilfork, per NESN’s Zack Cox. “I don’t know yet, but that’s the goal, because I love being around. I love showing my face. Boston’s been great to me, the organization has been super wonderful, and Bill, he’s always, always been there for me. If I have a chance to get over there … it would make me happy, especially going against a team in the Ravens where we have a little rivalry there. I have a few things I would love to tell the team to get them ready for Sunday. So we’re going to see if we can make that happen.”

The Patriots will need to be on their A-game as they handle a Ravens group that is powerful offensively and defensively. One needs to question just how much of an effect Wilfork will have on Sunday’s video game, this time off the field.

Patriots stock watch: Who’s up, who’s down heading into Week 3 vs. Ravens?