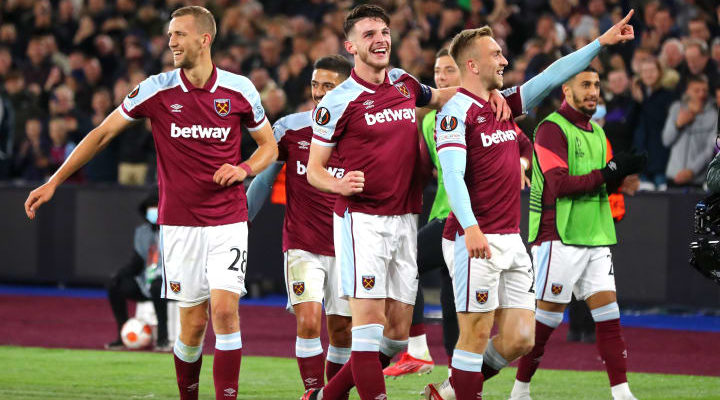 West Ham made it 3 Europa League wins from 3 on Thursday as they protected a fairly comfy 3-0 win over Genk.

The Belgian side saw Theo Bongonda’s early header appropriately dismissed for offside, however they continued to trigger genuine issues for West Ham without developing anything concrete.

Jarrod Bowen ought to have opened the scoring for his side midway through, getting in touch with absolutely nothing however air with the objective at his grace, however the Hammers did make the advancement seconds prior to the period as Craig Dawson’s header squirmed its method over the line.

The 2nd half great off to a comparable pace, once the clock ticked over to the 56th minute, West Ham took off. Issa Diop increased greatest to head house from a free-kick, and simply as fans had actually begun to settle, Bowen made it 3-0 with a low drive.

In the blink of an eye, Genk’s heads went and their mojo vanished, and West Ham might have quickly bagged a couple of more objectives in the minutes that followed.

Once the adrenaline disappeared, the video game decreased rather a lot, with both sides conscious that this match was currently over.

Alphonse Areola (GK) – 5/10 – Thoroughly unconvincing at an early stage. Caught in belongings and guilty of some bad options. Fortunate not to cost his side an objective.

Ben Johnson (RB) – 6/10 – Not especially motivating in attack however put in a genuine shift.

Craig Dawson (CB) – 7/10 – Yet once again, a tremendous risk in the air and bagged an important objective to alleviate a few of the pressure on his side. Wasn’t afraid handling 6’7 Onuachu either.

Aaron Creswell (POUND) – 8/10 – Pinging crosses in like his life depended on it. West Ham’s imaginative center, he helped the very first 2 objectives and might have quickly had a couple of more.

Tomas Soucek (CM) – 6/10 – Did his task all right however looked a little worn out. Probably might have made with sitting this one out.

Andriy Yarmolenko (RM) – 6/10 – A careless start to the video game however grew in self-confidence after the 3rd objective and began to trigger genuine issues for the Genk defence.

Manuel Lanzini (AM) – 5/10 – Didn’t deal enough of an assaulting risk. Wanted excessive time on the ball however Genk weren’t prepared to provide him it.

Nikola Vlasic (LM) – 5/10 – Struggled to develop himself in the video game. Looked a bit separated out broad and maybe required to be moved centrally. Some truly bad work defensively too.

Jarrod Bowen (ST) – 7/10 – Needed an objective to offset his terrible miss out on and got an extremely great one, vibrating his method through the defence and shooting through the Genk goalkeeper.

Ryan Fredericks (POUND) – 6/10 – Built up his physical fitness with some more minutes.

Mark Noble (CM) – 6/10 – Calmed things down after the 3rd objective and ensured West Ham saw out a comfy win.

Said Benrahma (LW) – N/A – Didn’t get long on the pitch however handled a couple of great minutes.