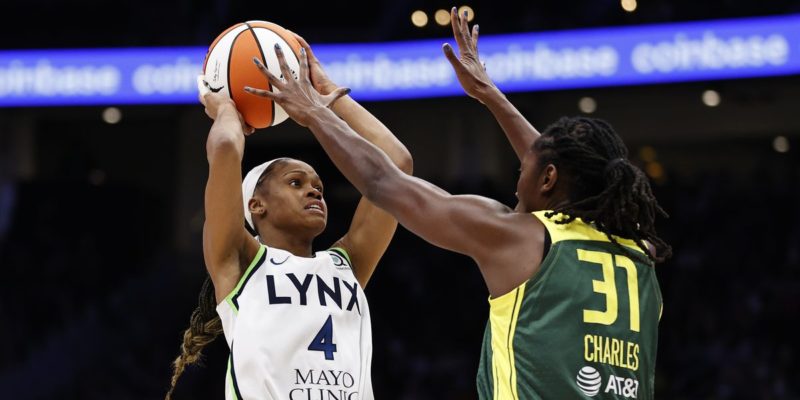 The Minnesota Lynx let the Seattle Storm leave to a 12-0 start, tracked by as much as 29 and ultimately lost 89-77 on Wednesday night at Climate Pledge Arena in Seattle.

On Wednesday early morning, it looked like Minnesota remained in a great position, having actually won 2 in a row and being simply a half a video game back. But later on that day, the Atlanta Dream (13-18) dealt with the Indiana Fever (5-28) and the New York Liberty (13-18) dealt with the Los Angeles Sparks (12-19). Both the Dream and Liberty, who are now connected for seventh and are the groups the Lynx are chasing after, won, while Minnesota needed to deal with a top-tier group in Seattle (20-12). The trouble of their schedule merely reached the Lynx, as the Storm revealed no grace in their mission for house court benefit in the preliminary.

Breanna Stewart went off for a season-high 33 indicate support 8 rebounds, 5 helps and 2 takes. Jewell Loyd included 17 points and 5 helps, Gabby Williams had 13 points, 6 boards, 4 assistants and 3 takes and Sue Bird benefited 13 points, 4 boards and 6 assistants. The Storm shot half from the field and 44 percent (11-of-25) from deep.

“I think we probably played one of our worst games so far,” stated Lynx forward Nikolina Milić, who led Minnesota with 13 indicate support her 6 rebounds. “And we just were not disciplined in everything we talked about in the locker room we didn’t get done on the court. Like they scored on us on every level. We didn’t stop their fast break and we were talking about that. We were talking about getting them off the 3-point line, they’re a shooting team. And they scored eleven 3-pointers. And they had a really high percentage, they scored a lot of points in the paint. I just think we didn’t do anything that we were supposed to do to try to win this game.”

The video game was Sylvia Fowles’ last in Seattle and she was honored prior to the video game prior to scoring 12 points with 6 boards and 2 blocks.